Every morning when I wake up, I usually recall one or more dreams, sometimes many. Here is one from the night of August 12 which I plan to “analyze” using the Tarot.

I am riding in a van or SUV being driven by my brother (who is his current age, around 60). We have been on a major highway for several hours, and he is ready for a break. My son (who is a lot younger than his real age but able to drive) is supposed to take the wheel. Sitting in the back, I am not paying much attention, but when I look up, I realize that my son is not driving. Instead, he is sitting behind the driver’s seat playing a video game on a hand-held device. No one is driving, and the vehicle is speeding down a major highway in traffic.

Alarmed, I clamber over the seats and take the wheel, but I have never driven this type of vehicle before and I feel very unsure of myself. I steer off the road into a large field, intending to stop, but neither of the two pedals at my feet seems to be the brakes. I stomp and press on what should be the brake pedal in an effort to stop, but the vehicle keeps going. I steer it around and through the field. Finally, someone (my brother?) tells me the brake pedal is at the base of the seat instead of its usual place. I slide my right foot backwards and sure enough, there is a pedal where the floor meets the base of the seat. I press my heel on the pedal and the vehicle gradually comes to a halt.


In traditional dream analysis, automobiles usually symbolize the ego, the “vehicle” we use to travel through our lives, or into the unconscious or spirit realm. I start the dream sitting in a back seat with someone else driving, which may indicate that I am forfeiting (or feel that I am forfeiting) control of my life to another person. In general, dreams about automobiles being out of control are symbols of stress and anxiety, or perhaps of being emotionally overwhelmed. (I actually do dream regularly about being at the wheel of a car that I cannot control, for one reason or another.)

Other items to note:
(1) The vehicle is a large one – a van or SUV with 2 or 3 rows of seats. This could suggest that I have a big ego, or maybe that I “have room for” other people in my unconscious mind.
(2) I am not alone in the vehicle. My brother and son are with me.

One possible interpretation of dreaming about one’s brother or son is based on how the brother or son appears in the dream (for example, whether he is healthy and energetic or weak and sickly). In my dream, my brother has been driving on a highway for several hours and needs a break. My son is supposed to take his place at the wheel, but neglects to do so, focusing instead on a video game. 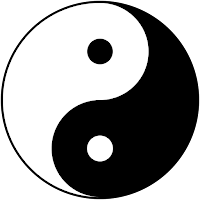 One more option is to consider my brother and son, in the dream, as representing the “masculine side” of my own psyche. That gives a sense that there is a part (an “older” part?) of my masculine side that is tired and needs a break, but another (a “younger” part?) is not stepping up to the job, preferring to “play.”

[Edited to add] Upon further thought, I can even see a possibility that the appearances of my brother and son refer to a generational issue. In other words, perhaps I see my generation (represented by my brother) as growing tired and needing a break, but I fear that the next generation (my son) is not yet ready (mature enough?) to take the wheel.

Tomorrow or the next day, I’m going to see what the Tarot can do with all of this stuff. Stay tuned!