It’s been awhile since I consulted the Earth Magic Oracle Cards by Steven D. Farmer (Hay House). To read my review of this deck, click HERE.

Today I am doing the “Landscape” reading from the booklet that accompanies the deck. The layout is three cards in a row, numbered left to right (1, 2, 3). This reading is designed to offer a broad picture of the most critical factors involved in a question or concern.

Like The Tower in the Tarot, the TSUNAMI card is unsettling no matter how you interpret it. It represents something scary, destructive, or disturbing that we would rather not experience. The card points to a significant loss or dramatic event, typically unexpected. All we can do when this happens is trust our instincts and seek “higher ground.”

It is reassuring to see the CAVE in this set of cards, reminding me that I have a sanctuary available to me, even if it is only a quiet, still place inside of me. There is a sense of safety and security here, protection from the turbulence and danger indicated by the Tsunami.

Finally, the NEW MOON appears, a card of promise and the start of a new cycle following the full completion of the previous cycle. Whether this promise is one that I make – a commitment or guarantee to myself or someone else – or something promised to me, there is a sense of fulfillment and hope for the future.

This is really quite a lovely story being told by these three cards: from Wake-up Call to Sanctuary to Promise. Very reassuring and comforting in spite of the feelings of alarm initially delivered by the Tsunami. 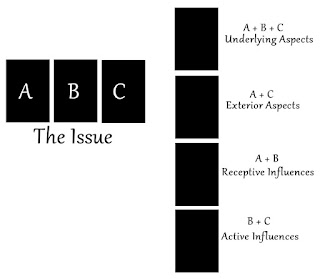 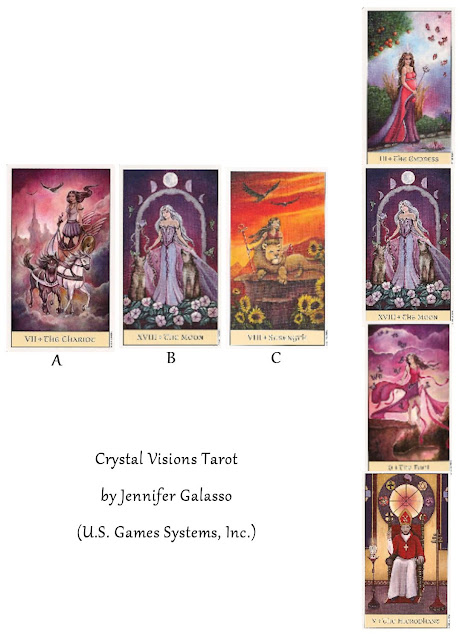 Listen to the Animals: Cicada

The other day, when I stepped onto the back deck of my house, I nearly stepped on (or tripped over) a very large bug (photo below). I did not know what it was. Honestly, I love animals, but this very large bug gave me a most unpleasant sensation in my stomach and I froze in place. I was actually *afraid* it might be alive and would fly up into my face. Cautiously, I made my way around it and soon confirmed that it was no longer living. (I am sorry, dear bug, but this filled me with relief.) 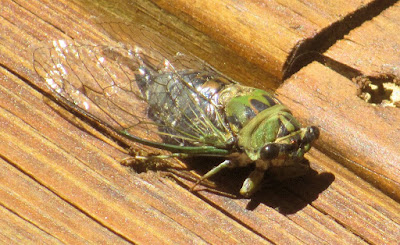 Anyway, I found out that this was a cicada, specifically Neotibicen superbus, aka the Superb Cicada (or Superb Dog-Day Cicada). I am familiar with cicadas because of the shrill, loud “singing” (from the males) that I have heard all my life – but I had never seen one and didn’t realize how big they are (1-2 inches long for most species). Lordy.

Once I recovered from the incident, I was pretty sure I remembered the cicada being included in The Animal-Wise Tarot by Ted Andrews (Dragonhawk Publishing). Indeed, it is there, portraying the role of the Six of Shapeshifters (Cups) with the key phrase “Happiness from the Past.”

Let’s see what else we can learn from the cicada. 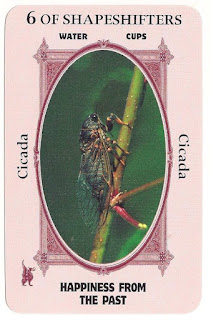 Ted Andrews describes this bug as a “fairly large” (an understatement, IMHO, but Ted may have encountered way huger insects than I have…), sap-sucking insect” that feeds “mainly upon trees.” Cicadas lay their eggs in soil, and the nymphs remain underground for several years (17 years for one American cicada).

Andrews tells us that an increase in attraction to and from the opposite sex is one of the things we might expect when we encounter the cicada (nothing in that area from me so far), but we may also have past-life experiences or begin to realize the effects people and situations of the past have had on our present.

Reversed, the card can represent a delay in the “hatching” of something and the need for patience (remember that 17-year underground stage).

Like all insects, the cicada calls our attention to the importance of change, whether it is the need to change or a caution against trying to rush change.