Journey Through My Decks: 7 of Pentacles

Our journey continues with the Seven of Orbs (Pentacles) from The Shakespearian Tarot by Dolores Ashcroft Nowicki, with illustrations by Paul Hardy (Diamond Books). 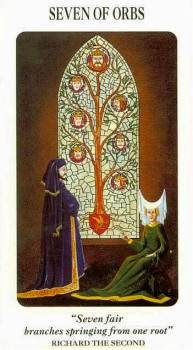 On the 7 of Orbs we see the Duchess of Gloucester speaking to John of Gaunt. The setting is dominated by a stained-glass window that depicts a Jesse Tree, showing lineal descent (traditionally, that of Jesus). In this case, the Jesse Tree depicts the seven sons of Edward III.

The Duke of Gloucester has been murdered, and Richard (son of the “_Black Prince_” [Edward of Woodstock] and grandson of Edward III) has been accused of plotting and supervising the murder. Gaunt declares that he will not move against the duke’s murderers, but will leave their punishment to God.

The duchess chastises him, replying: “Finds brotherhood in thee no sharper spur? Hath love in thy old blood no living fire? Edward's seven sons, whereof thyself art one, Were as seven vials of his sacred blood, Or seven fair branches springing from one root... Call it not patience, Gaunt; it is despair: In suffering thus thy brother to be slaughter'd...”

When Gaunt (Richard’s uncle) dies, Richard seizes his estates. In the end, Richard is defeated and surrenders to Gaunt’s son, Henry Bolingbroke, Duke of Hereford (afterwards King Henry IV). Overhearing Henry express a wish that he might be rid of Richard, Sir Pierce of Exton murders Richard at Pomfret Castle and delivers his body to Henry. Henry denies that he wanted Richard killed, but the deed is done. At long last, John of Gaunt’s patience has paid off.

It is this patience that Ashcroft-Nowicki focuses on in her interpretation of the 7 of Orbs. “Rewards will be some time in coming,” she writes. “Have patience...but don’t hold your breath.” Because the suit of Orbs is associated with “the world and mastery of the earth,” this card calls my attention to the realm of Earth: material matters, physical world, practical everyday life. If the card is reversed, Ashcroft-Nowicki cautions, “expect to have to pay out money on unexpected bills.”


---------
ABOUT THE DECK: Dolores Ashcroft-Nowicki combined her love of Shakespeare with her love of Tarot to create The Shakespearian Tarot. Illustrated by Paul Hardy, the deck was developed by Ashcroft-Nowicki over a two-year period during which she combed her “battered leather-bound copy of the Bard. . . looking for just the right scene, just the right words to match the meaning of the cards.” She chose quotes to match the pictures and meanings as closely as possible. Her goal was to create a working tool rather than a collector’s item.

It’s been awhile since I did this exercise, so here goes!

Who? Someone with highly developed spirituality

What? A spiritual matter that requires introspection and exploration

When? When the Spirit moves us

Where? In a secluded, quiet place where contemplation can take place

Why? Because it is important to understand our deepest beliefs

How? By thinking deeply, seeing clearly, and tuning in to our Higher Self
on Friday, March 21, 2014 4 comments:

In honor of the month of March I pulled out my Tarot of Gemstones and Crystals, with instructions and interpretation by Helmut G. Hoffman (AGMüller Urania). As I mentioned in a post last month, I purchased this deck primarily to have a collection of images of gemstones and their meanings so that I could use that information in describing my handmade jewelry (Jewelry by Scotti).

This seems like a good time to take a look at the gemstone associated with March birthdays: aquamarine.

Aquamarine is a blue to green-blue variety of precious beryl. The beryl group of minerals is most famous for emerald, one of the “Precious Four” gems of the world. The name 'Aquamarine' was derived from an old Latin expression which meant 'seawater'. Aquamarine (and other types of beryl) are quite durable and hard.

Helmut G. Hoffmann writes: “Aquamarine gives us peace, sympathy, understanding, making it easier to gain new insights. This stone is intuitively worn during critical phases in life. Its mild blue supports a gentle nature and shows us the way to light and love.” 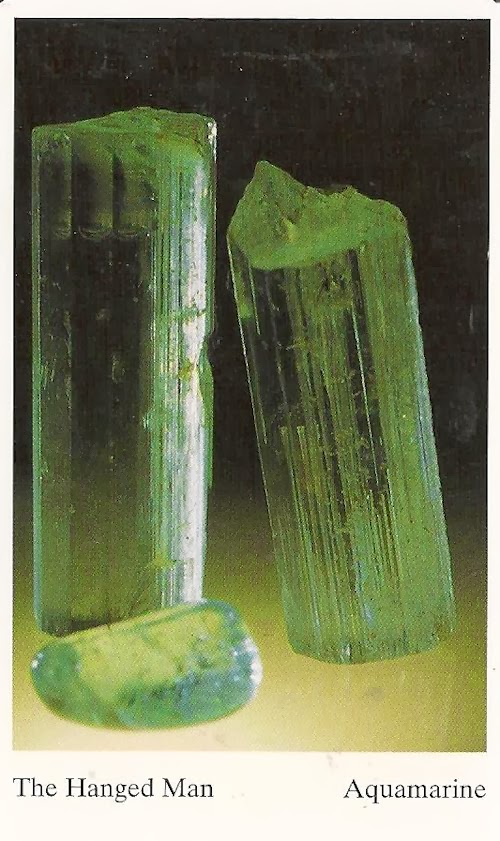 For this deck, Hoffman has chosen for aquamarine for the Hanged Man card. With the images of several Hanged Man cards from other decks in my mind, I can see how the idea of aquamarine helping us gain new insights applies. The “mild blue” color of aquamarine and the actual name of the stone (aqua + marine) also mesh nicely with the Golden Dawn association for The Hanged Man, which is the element Water. Some systems extend this association to the planet Neptune, modern ruler of the water sign Pisces.

At his best, The Hanged Man offers us a chance to look within ourselves, take a break to contemplate, and gain a new perspective on something. There may be a sacrifice involved, but that could be for the best in the end. 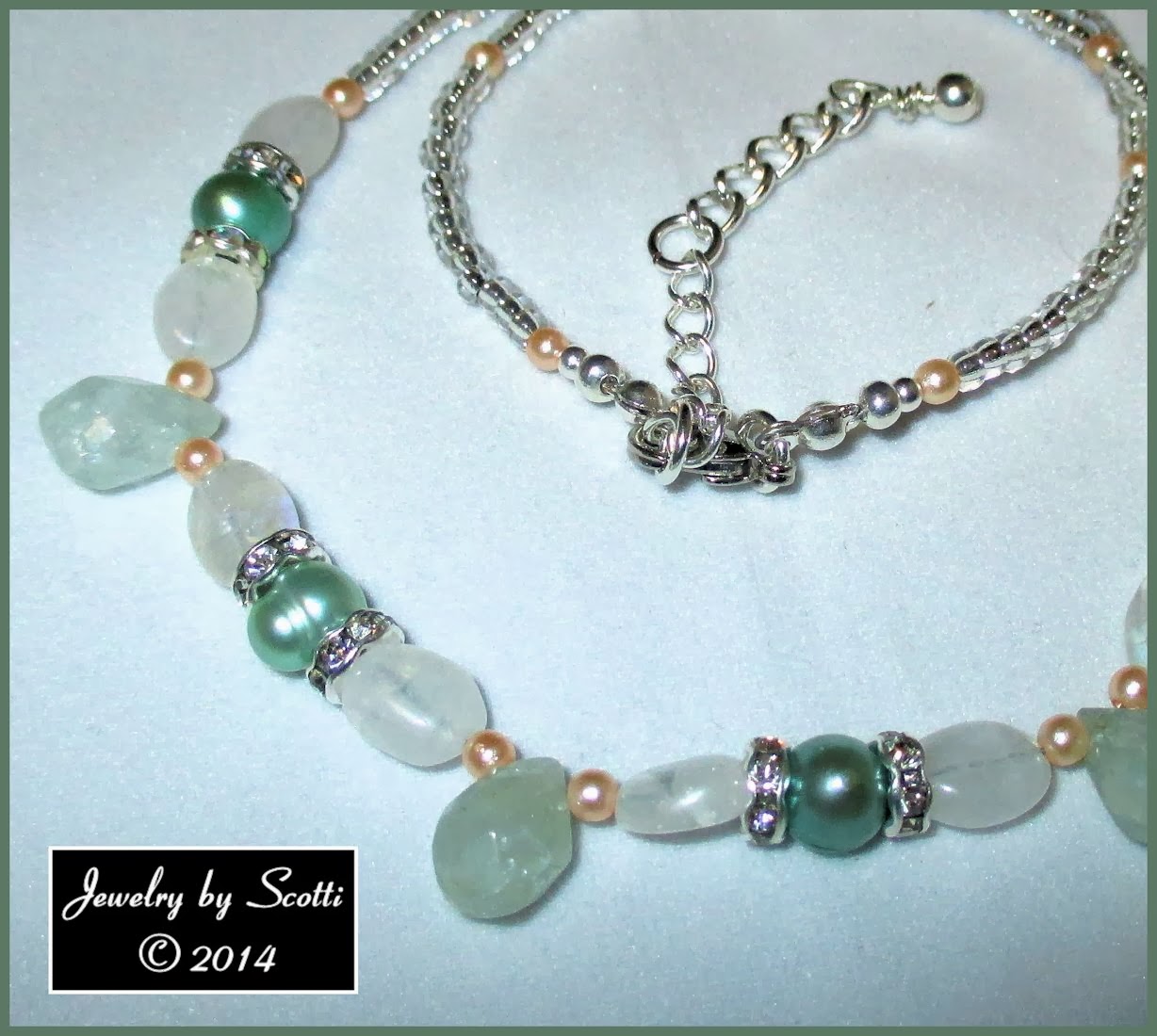