The Week Ahead: Lenormand Reading

Thanks to Kerry (Neopagan Priestess) for sharing this interesting Lenormand reading method!
http://www.neopaganpriestess.com/2014/09/houses-in-small-spreads.html

With this technique, you add the spread's position number to the number of the card you drew, to come up with the house number.  I decided to do a line of three using Shaheen Miro’s Tattered Nomad Oracle.

I am looking for advice for the week. I pulled:

Using the method Kerry described in her blog post (link above), I have: 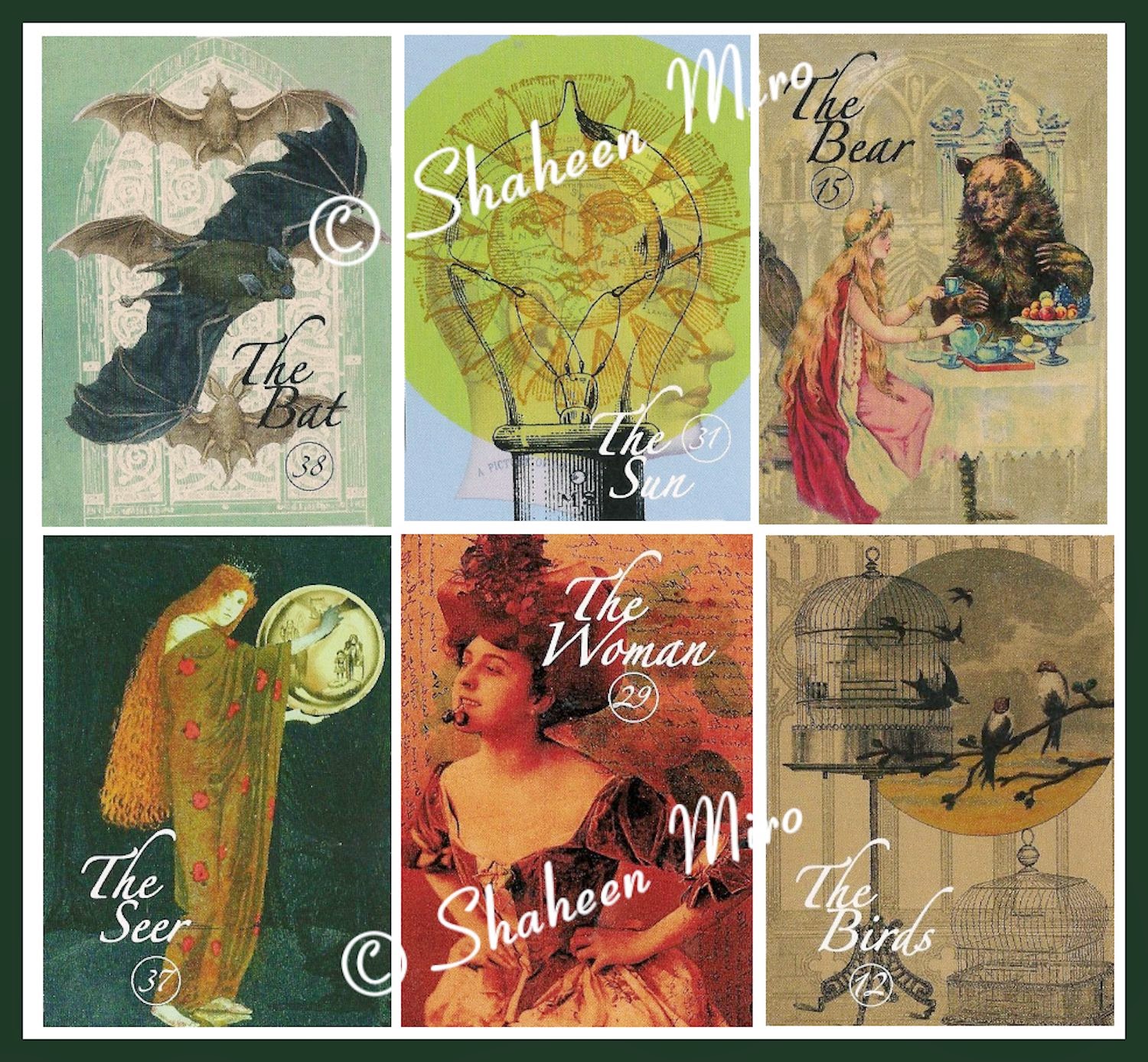 These are two of the "extra" cards (above and beyond the traditional Lenormand) that Shaheen includes in his deck. The Seer represents “visionary, prophecy, creative thinking, insight, muses, connection, eternity, clarity”. The Bats represent “Rebirth, change, transformation, the unknown, pay attention, shamanism.”

So Seer in the House of Bats tells me that I will have an opportunity for insight or connection into “the unknown” or perhaps into an area of dramatic change or transformation in my life.

The Woman is in the House of the Sun (“success, good health, vitality, electricity, warmth, victory, summer, invention, ideas, thinking”). It’s a wonderful place to be, I think! I like the way it complements the Seer/Bats pairing in the sense that the mind (ideas, thinking) will be engaged, most likely leading to success and satisfaction, perhaps in the form of a change or transformation.

Birds (“words, companionship, meetings, conversation”) in the House of The Bear (“strength, mother, sustenance, providence, authority”). This appears to apply specifically to the fact that I am taking my mother to a doctor’s appointment this week and that I am also doing a jewelry-making workshop at the retirement center where she lives.
on Monday, September 29, 2014 2 comments:


Today I’m starting a new feature on Tarot Notes in which I share four versions of a particular Major Arcana card, and write a poem that takes us through all four versions. I hope you enjoy!

To simplify the process for myself, I am going to go in alphabetic order by deck. In this post, representing The Fool, we have the Ancestral Path Tarot by Julie Cuccia-Watts (US Games); Tarot of the Animal Lords by Angelo Giannini (Lo Scarabeo); The Animal Wisdom Tarot by Dawn Brunke, illustrated by Ola Liola (Cico Books); and The Animal-Wise Tarot by Ted Andrews (Dragonhawk Publishing).


The Fool
by Zanna Starr

Who will read the cards for me
On this sweet September day?
The psychic one,
The caring one
The one who starts with Nothing
And searches for Everything.

Will she, like the Badger,
Set out on a journey with me?
Leading the way? Following?
Quiet yet fierce.
Digging,
Always digging…

Or will she, like the Coyote,
Trick me into straying too close
To the edge,
And in doing so,
Show me courage and wisdom?

Wisdom or Folly?
Or a peculiar, clever, deceptive
Blend of both?

New Tarot Deck In Search of a Publisher! 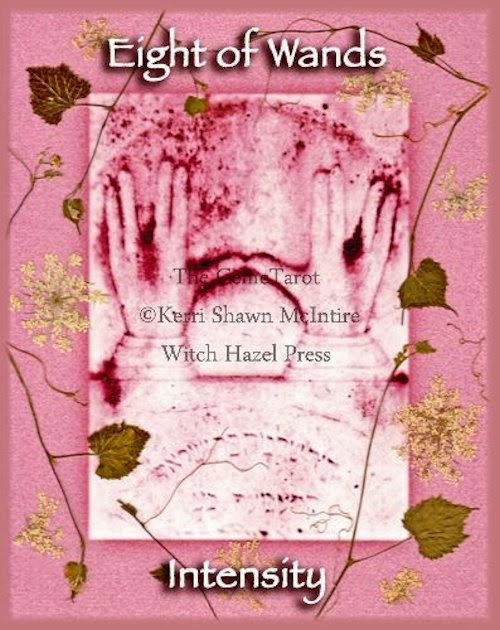 Today on Tarot Notes, it is my pleasure to introduce and interview Kerri Shawn McIntire, creator of the currently-under-construction CemeTarot© (_Witch Hazel Press_).

This deck is a magical blend of graveyard imagery (featuring photographs taken by Kerri) and plant symbolism featuring pressed botanic material. Colors, graveyard images, and plants are carefully chosen to correspond to the Major Arcana, Minor Arcana, and Court Cards of the Tarot.

Kerri is currently finishing up the CemeTarot© cards and writing a guidebook to accompany the deck. At this time, she is actively seeking a publisher. 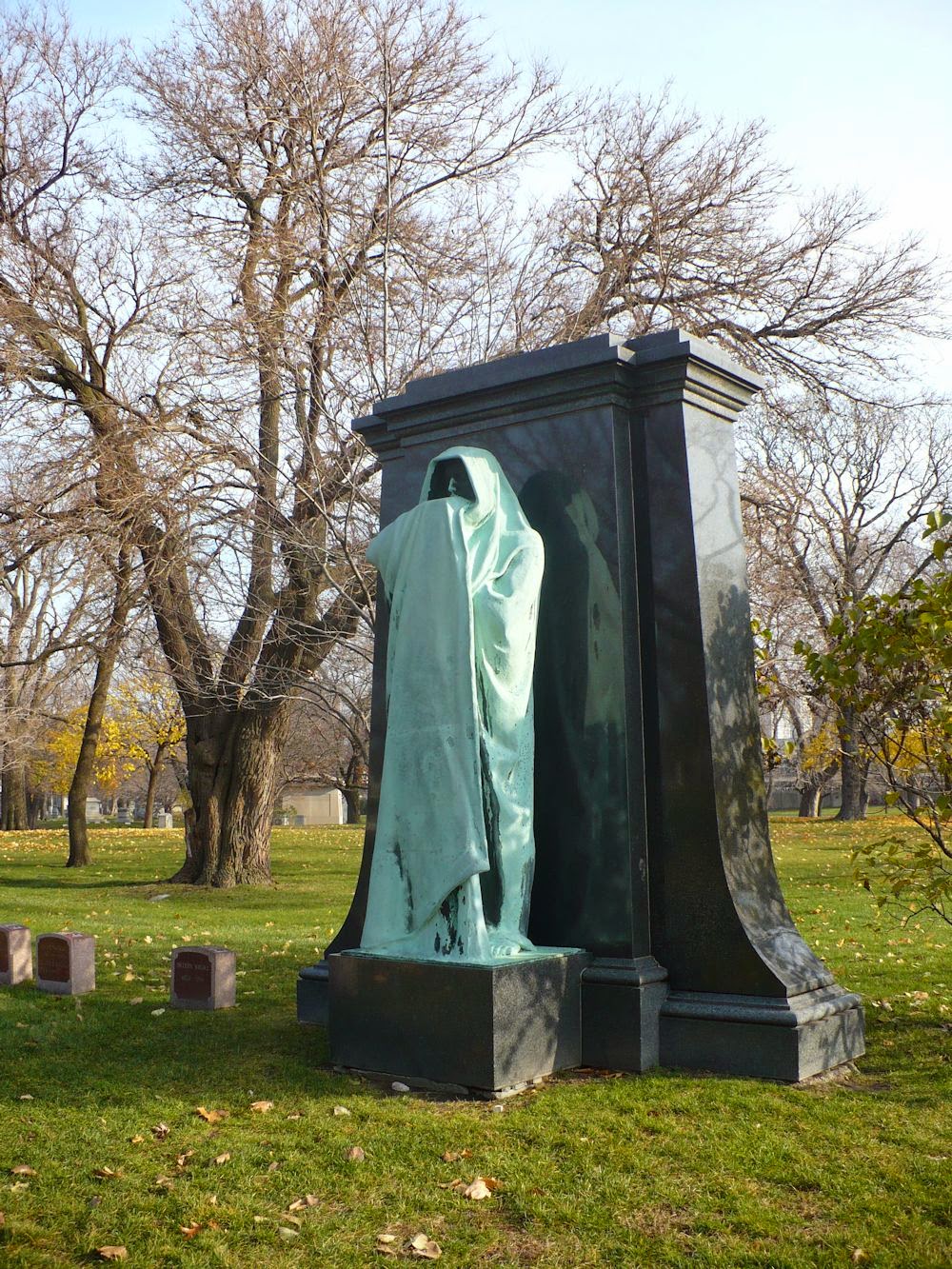 The name of this deck is pronounced like “cemetery” (only it’s “CemeTarot”) – a clever way to refer to the central images on the cards, which are photographs of graveyard monuments and imagery.

Kerri writes on the _Witch Hazel Press_ web site: “My interest in cemeteries began when I was a young child. I grew up in rural southern Indiana and my mother, who was a bit of a local historian herself, would take me to graveyards to find the headstones of the people she was researching.”

I love the concept and execution of this deck, and I can readily identify with Kerri’s interest in graveyard monuments. While doing research on Chicago history for two books I wrote (_It Happened in Chicago and Chicago Curiosities_ by Scotti Cohn), I encountered many fascinating monuments. One of my favorites images is “Eternal Silence,” a sculpture by Lorado Taft that stands in _Graceland Cemetery_ on North Clark Street.

But enough about me! Let’s find out more about Kerri S. McIntire and The CemeTarot©!

Tarot Notes (TN): Welcome to Tarot Notes, Kerri! Can you tell us a little about your experience with the deck of 78 cards we call Tarot?

Kerri S. McIntire (KSM): I have been working with Tarot cards for more than 25 years now, and am most familiar with the imagery/meanings of the Rider-Waite-Smith and Crowley-Harris decks. I based most of my CemeTarot compositions on these classic Golden Dawn / Thoth Tarots. 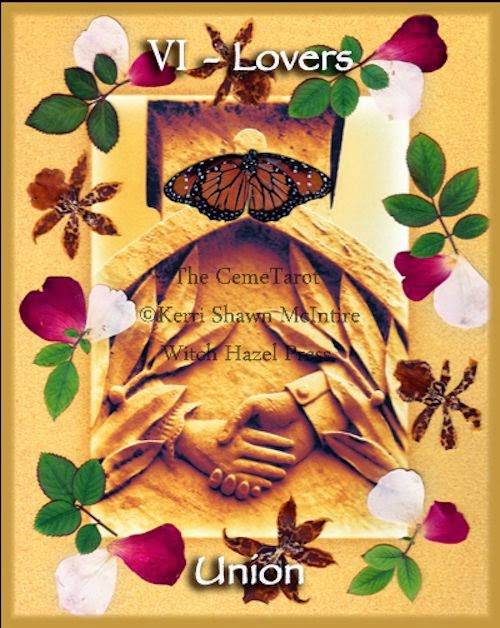 TN: What made you decide to incorporate both plant symbolism and graveyard imagery in your deck?

KSM: The choice to surround the graveyard pictures with pressed botanics - insect wings, flowers, and leaves - was made both to enhance the meaning and the design of the cards.

TN: Can you give an example of how the plant symbolism and graveyard images work together to express the energy of a specific Tarot card or cards?

KSM: One of my favorite integrations of plant meaning with the cemetery image is from the LOVERS. Here, the pressed orchids and roses that wreath the image of two clasped hands not only mean "love", but the blend of white and red roses says "unity" in the language of flowers. I also used astrology to choose the right plants for the cards. The EMPEROR is bordered by holly and thistle, plants that are, like the Emperor himself, ruled by Mars and Fire. 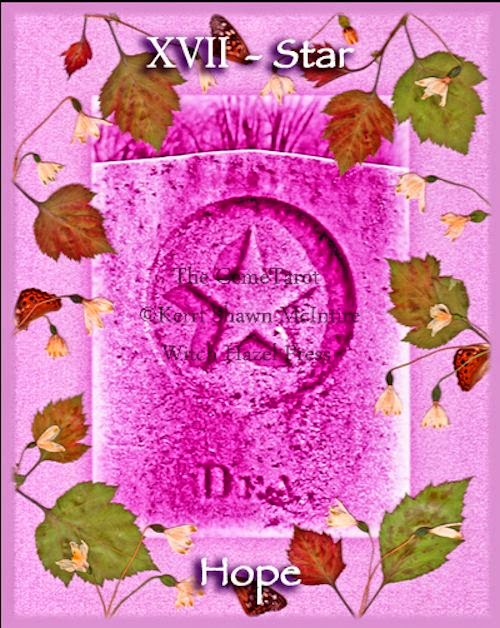 TN: As you worked on the deck, did you find any particular card to be especially challenging or especially rewarding?

KSM: The thing I actually did find most challenging was attaining the materials I wanted. I had to knock on the doors of total strangers to ask if I could take flowers from their gardens. To get the hawthorn leaves for the STAR card, I had to ask a very nice lady I met on the internet to mail them to me. I also got moth wings through the mail from my mother. Although the photographs on the cards are all my own, the surrounding borders truly took a village!

The cards that I found most rewarding to create featured gravestone shots that echoed the traditional pictures in a unique way. A good example of this is the Eight of Wands. The RWS image depicts eight staves flying through the air. My corresponding card has the Jewish symbol of the Cohanim Hands, in which the eight fingers are extended straight out. 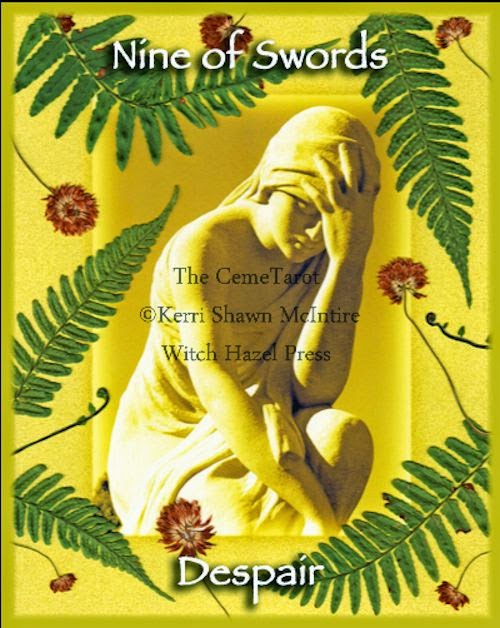 Another RWS example is the Nine of Swords, where a distraught figure sits up, head in hands. The statue in my card is an almost perfect reflection of that despair. You would think the challenge would be to find upbeat imagery in a cemetery, but I found rainbows, suns, flowers, and epitaphs that all conveyed very positive messages.

TN: When do you anticipate that the deck will be available for purchase?

KSM: I'm not sure when the deck will be available for sale. I'm hoping interviews in such wonderful blogs as Tarot Notes will help me find a publisher : ) If any readers like what they see on my website, I hope they will pass along the link - you never know who might end up seeing it!

I think it’s time once again for 5W’s and an H!

Today's edition of 5W's and an H features the Chrysalis Tarot by Toney Brooks with paintings by Holly Sierra (US Games Systems).


5W's and an H: TEN OF MIRRORS (Peace)
“The rainbow dove of peace ferries ten pretty mirrors
that represent an emerging new cycle for you,
as well as emotional fulfillment in the present cycle.”

Who? Someone who fulfills you emotionally

What? An emotionally satisfying situation that feels like a peak experience

When? When you have reached a pinnacle of emotional satisfaction

Where? Deep in your heart

Why? Because life is at its most fulfilling when we are emotionally engaged with it

How? By building on emotional ties and engagements to create a pinnacle of fulfillment