Whether you believe in reincarnation or not, I am willing to bet that you at least find the concept interesting, even fascinating. I think the perfect deck to use in an exploration of this theme is the Tarot of Reincarnation, designed by Massimiliano Filadoro (Lo Scarabeo).

Let’s get personal. I am going to ask this wonderful deck three important questions about myself: What was I in a past life? What am I now? What might I be in a future life?

What was I in a past life?

I was, perhaps, an actual hawk (very cool) or perhaps a human being who was able to identify his objectives, made quick decisions, and swiftly pursue those objectives. I may have been somewhat lacking in compassion, but I was also protective and may have had the role of guardian or messenger.

In The Animal-Wise Tarot by Ted Andrews (Dragonhawk Publishing), the Hawk plays the role of the Knight of Winged Ones (Swords). He notes that hawks “spend three-fourths of their day perched somewhere observing the area around them, searching to detect the subtlest of movements, patiently waiting until the best moment to strike.”

What am I now?

Ted Andrews chose the Beetle for his Seven of Shapeshifters (Cups) card. Andrews notes that the Beetle exhibits the energy of being on the right track, pursuing our goals, making decisions. The front wings on a beetle have thickened into hard covers that protect its underside – so we can also see this insect as an indication of being protected or shielded.

When I look at the illustration on this card, I do not see a dog. I see a fox or possibly a coyote. All three are canids, to be sure, but the symbolism is very different for each of them. The LWB states that this is a Dog, however, indicating that I might be either a dog in a future life or a person who exhibits the qualities of a dog: “blind faith in a person or idea, aggressiveness caused by stress” along with, I might add, loyalty, devotion, and companionship. I could be some man’s “best friend.”

As a child, I used to enjoy pretending to be a dog, crawling around the house, barking and panting. When auditions were held for The Wizard of Oz at the Junior Theater Guild, I wanted very much to play Toto. Instead, I was cast as the Wicked Witch of the West – a much meatier role, to be sure, and great fun for me. My point is that although I prefer to live with cats, I am very much drawn to dogs in all shapes and sizes. There is certainly a connection or “spark” that I feel around them. Precognition, perhaps? One never knows.

As many of you know, the numbering of the Justice and Strength cards in the Tarot varies, depending on which deck you are using. For this post, I will be viewing Justice as Trump 8. Let’s look at how JUSTICE is portrayed in seven different animal decks.


ELEPHANT
(“Fair decisions will be made after all the evidence is reviewed impartially.
Have compassion for others and try to see all side of a disagreement.”) 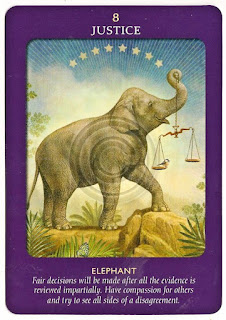 In this deck, the Elephant has been chosen to represent standing up for what we believe in as well as fighting for equality and fairness for all. To see this card in a reading suggests that if we are involved in a legal proceeding or situation where a resolution is required, we can be assured that a just decision will be made. Elephants symbolize strength, wisdom, longevity, and prosperity across a wide range of cultures and spiritual systems. It is also seen by many as a symbol of the qualities required for good government, such as dignity, intelligence, and prudence.


CRANE
(“Balance is not just about being even. Balance is about finding the
middle path or making it back to one’s center.”) 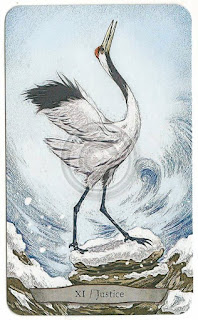 As you can see, in this deck, Justice is Trump 11. However, to be consistent with the animal symbolism, I will include it here. The red-capped Crane on this card is “standing his ground, wanting others to know that he cannot be swayed from his own mind.” Even as he does this, he keeps his emotions grounded and calm in order to continue to seek a balanced outcome, “a solution for the good of all and harm to none.” Like the Elephant (see description above), the Crane commonly symbolizes wisdom, fidelity, and longevity. Some cultures view the bird negatively (for example, in India, where it represents treachery). 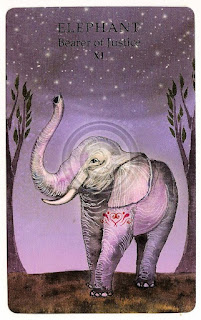 As you can see, here we have another deck that assigns the number 11 to Justice. Keynotes for this card in this deck are “Balance, Truth, Honor, Integrity.” One argument for equating Justice (as key 11) with “Balance” is that the number 11 card is at the center of the Major Arcana, which consists of 21 Keys (plus The Fool, which is number Zero). Dawn Brunke writes that Justice suggests that “whatever is imbalanced will come to light. This could indicate legal issues, arbitration, or tough times if we ignore the call.” Brunke also notes that this card “advocates alignment between personal and sacred justice…” 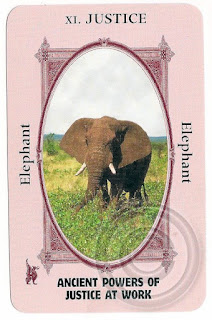 Another vote for Justice as Key 11. Oh well! In addition to the qualities I have already mentioned that are associated with the Elephant, Ted Andrews mentions the way a herd of elephants demonstrates “the ideals of true society.” He points to the Elephant’s trunk and its acute sense of small. He writes, “Those for whom Elephant has appeared would do well not to trust what they see, but what smells right – especially where important decisions are concerned.” 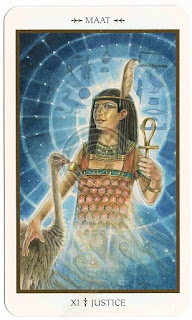 Well, obviously I should have done a quick check of these decks before going with The Animal Tarot Cards designation of Justice as Key 8. It’s Key 11 in The Animals Divine Tarot, and is represented (quite understandably) by Ma’at, the Egyptian goddess of truth and justice. She is not an animal, of course, but the animal standing beside her on the card is an Ostrich. An ostrich feather was the attribute of Ma’at, and it was the ostrich’s feather against which the hearts of the dead were weighed to ascertain if they were heavy with sin. One reason for using an ostrich feather was that the feathers are of even length. Also, it didn’t hurt that the Ostrich was (and is) Africa’s largest bird. As with the Elephant, it appears that size does matter when it comes to animals representing the Justice card. 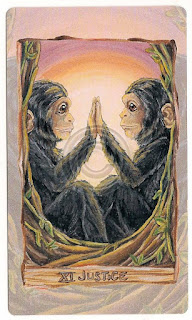 Of course, Justice is Key 11 in this deck as well. (I am no longer surprised, if I ever was.) The Chimpanzee is an interesting animal to choose for this card. Instead of balanced scales, we see what appear to be two identical chimpanzees facing each other, touching palms. The image does suggest the idea of balance, equal sides, cooperation, and harmony. Joanna Cheung writes that this card can be about “a time to right wrongs, a time for change and balance.” 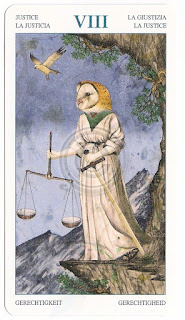 As in the Animal Tarot Cards deck, Justice is Key 8 in Lo Scarabeo’s Tarot of the Animal Lords. A female Barn Owl is featured on the card, holding scales in one hand and a sword in the other. This pose mimics the Rider-Waite-Smith card in that respect. The Owl, as most of us know, can symbolize wisdom and knowledge or it can have a sinister, even ferocious nature, as it did in many ancient cultures. Its association with intelligence comes from the Athenians, who made the Owl sacred to their goddess of wisdom and learning.

As I thought about the concept of “justice” in the animal world, I decided to do a quick search on line to see what I could find. I came across this _fascinating article_.

The article provides several interesting examples of how various animals have displayed “moral behavior, that they can be compassionate, empathic, altruistic, and fair.” I do lean towards the Elephant for the Justice card, but would love to hear what you think! Here are some photos I have taken of elephants on my travels. 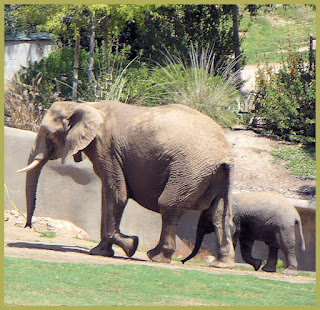 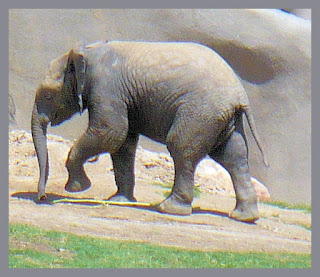 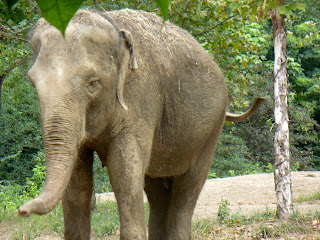 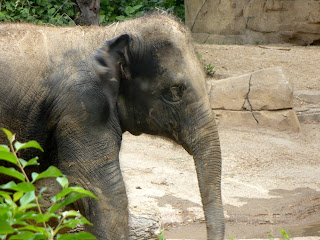 New Year's Resolutions with the Oracle of Visions

For this spread, I am using the Oracle of Visions by Ciro Marchetti (U.S. Games Systems, Inc.) Click HERE to visit Ciro's web site.

On this card we have a very serious looking alchemist, an appropriate symbol of someone who is “striving to achieve an end goal through study, experimentation, dedication and perseverance.” (Marchetti) I need to be even more dedicated than I already am to the things I want to accomplish, my passions, and my goals.

That makes sense. I wouldn’t say I am really “obsessed” with anything, but I do tend to have a more narrow view than I could, thereby “deluding” myself about some things. When you think about it, being over “self-conscious” is very closely related to being “self-interested.”

I really love Marchetti’s final comment on this card: “The challenge now is to achieve a balance, to offer help but not reliance.” In other words, figure out ways to support and help someone without causing them to rely on me for “everything.” Perhaps some people thrive on feeling that they are indispensable to someone else, but that’s not for me!

On the surface, it seems unlikely that anyone would NOT gladly receive “healing, caring, friendships.” Yet we (or at least I) do resist receiving those gifts at times, either because we want to feel independent and self-sufficient, or we don’t feel we deserve those things, or whatever. Sometimes we need to make a conscious effort to notice and accept what is being offered.

Defend this: Flights of Fancy, Leap of Faith, Taking a Next Step (card 5)

Yes, I will defend attempts I make to step outside the box or take a next step that may seem risky or out of the ordinary. As the guidebook for this deck suggests, however, I can first assess the scenario, the dangers, and prepare. I don’t have to be foolish or careless.

Banish this: Letting Go, Offering a Way Out (card 24)

This is a difficult card to interpret in the position “Banish this.” Is it possible that I need to NOT let something go or NOT offer a way out? I will have to give this some thought.

Be this: Wonder of Creation, Protection, Destiny (card 12)

This card shows a guardian angel witnessing the birth of “the one whose life he will oversee.” Am I to be a guardian angel? Or am I to be the one whose life the guardian angel oversees? Once again, Marchetti’s comment at the end of this card’s description resonates with me: “A grand part of how this life will be lived, and what it will achieve will not be pre-determined by fate alone, but by free will and choice.” Perhaps I need to BE someone who understands and acknowledges the roles played by fate, destiny, AND free will/choice.