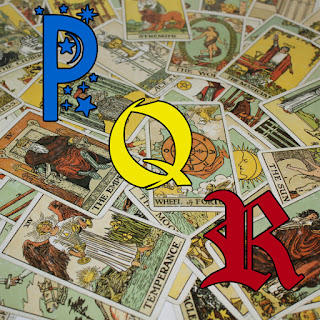 Image by Daniel Albany from Pixabay 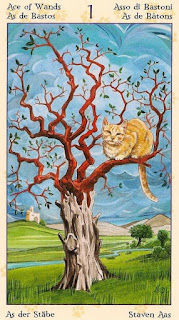 P is for POTENTIAL.

On the Ace of Wands from the Tarot of Pagan Cats, we see an orange tabby perched in a tree. Out of a weathered, dead tree trunk, a new trunk and multiple sprouting branches grow, representing an opportunity to take a fresh, new, exciting action. 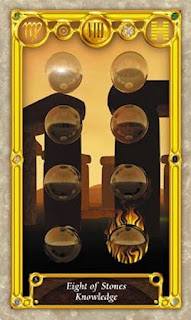 Q is for QUERY.

I do not have a Tarot deck beginning with Q, so I decided to use The Quest Tarot, which I accessed on line. The Eight of Stones, titled “Knowledge” seems to me to fit well with the idea of a “query,” which usually involves an attempt to learn or understand something. With Tarot readings, the person asking the question(s) is often referred to as the "querent." 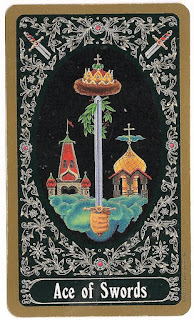 R is for RECOGNITION.

Like many other decks, the Russian Tarot of St. Petersburg presents the Ace of Swords as a card of ambition, initiative, triumph, and determination. Like all Aces, it represents a beginning. With Swords being the suit of mental clarity, we can easily see the Ace of Swords as representing recognition – an awareness or understanding of something, perhaps for the first time, leading us in a new direction.