Sherlock Holmes Card of the Day - 7 of Wands

The Sherlock Holmes Card of the Day is: 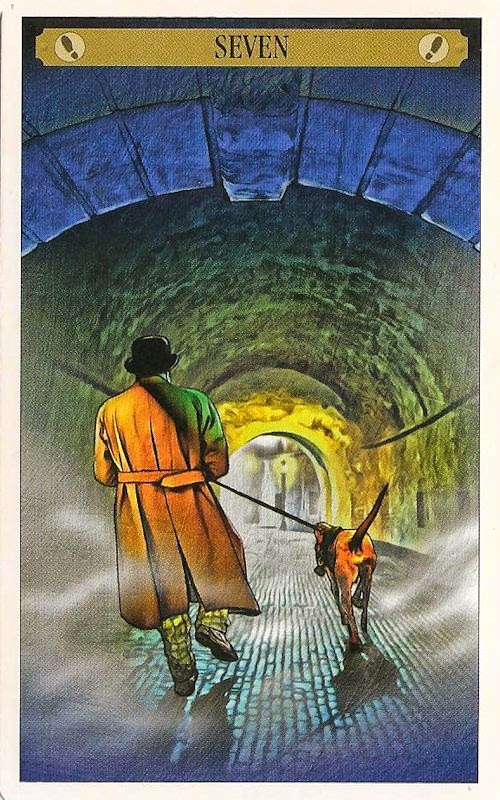 On the Seven of Evidence, we see Watson heading down a dark alley with Toby, a hound who has served Holmes and Watson well on various occasions. Holmes once remarked to Watson that he would “rather have Toby’s help than that of the whole detective force of London.’ This is a reminder to us that sometimes we do need to accept help. Also, like Toby, we need to be tenacious and persistent, using all tools at our disposal to gather the ever-important “Data!”