A Reading with the Ghost Tarot

I was just visiting the _Inner Whispers blog_, where Chloë shared a 3-card reading using the positions NOW, DO, and DON’T. So right away, of course, I had to do one for myself.

The Ghost Tarot by Davide Corsi (Lo Scarabeo) whispered its desire to do the reading with me, and I saw no reason to deny it the opportunity. So… 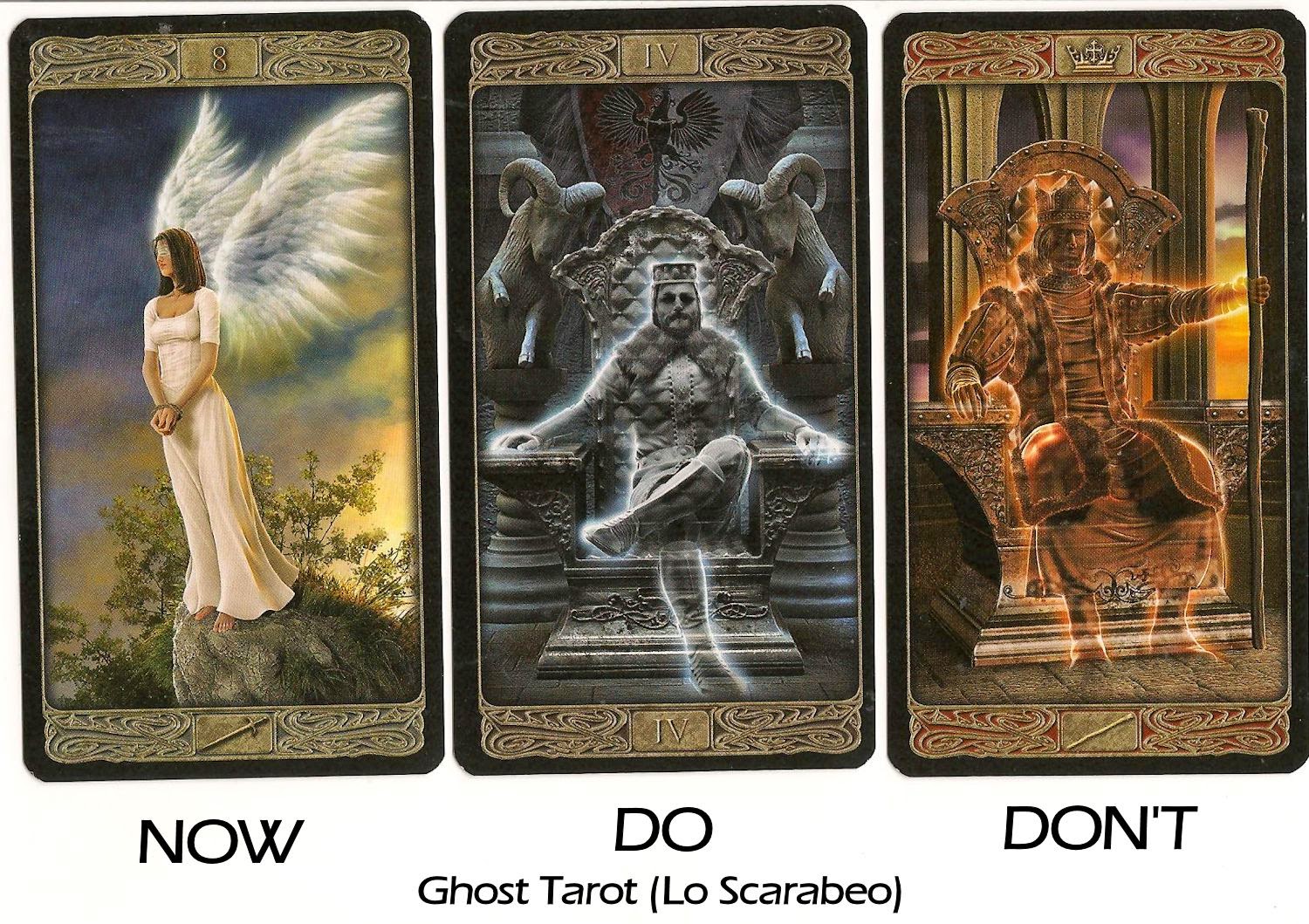 Now: EIGHT OF SWORDS
Swords is the suit of ideas, thoughts, the intellect, rationality, and communication (including self-communication). I am feeling trapped, restricted, or restrained in this area, but rather than making an effort to free myself, I accept or tolerate my perceived condition. Why? Am I intimidated, afraid to even try to break free? Or am I simply apathetic or lazy?

Do: THE EMPEROR
You won’t see The Emperor standing still for any sort of limitations or restrictions. His is the energy of “Ram tough” Aries – Fire and Force. I need to employ his take-charge attitude, enthusiasm, optimism, will power, and authority.

Don’t: KING OF WANDS
Wands is the suit of Fire, and the King seems similar to The Emperor in terms of status or authority. It almost seems as if the cards are giving me the same advice for “Do” and “Don’t.” However, let’s look at the less desirable characteristics sometimes ascribed to the King of Wands. He can be impulsive, quarrelsome, aggressive, destructive and proud (the King of Wands is linked with the sign Leo, known for its pride).

Basically, I think I am being advised to employ the positive traits of the top echelon of the Fire element and avoid the negative traits in order to successfully deal with my feelings of being trapped and restricted.

Thanks for the idea, Chloë!