Tarot Cards: The Empress, Threes of all suits

Writing about the occult meaning of numbers, Paul Foster Case gives the following keywords for Three: "multiplication, development, growth, unfoldment, therefore expression." (The Tarot: A Key to the Wisdom of the Ages, Macoy Publishing Company)

In his book Numerology: Key to the Tarot (Whitford Press), Sandor Konraad writes: "Three is a number of self-expression, creativity and sharing."

Quoting from Numerology and The Divine Triangle by Faith Javane and Dusty Bunker (Whitford Press): "Three combines the qualities of 1 and 2. . . carrying the qualities of manifestation and self-expression. . . If any of the numbers could be called happy-go-lucky, it would be the effervescent 3." Key words for Three: "expansive, sociable, dramatic, communicative, diversified, creative." 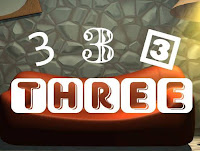 Gary Meister, CTM offers the key words "creativity, expansion" for the number Three. He writes: "[Number Three] is the creation itself; the expansion of the original idea into concrete form.  . . Three means either use your creativity or expand upon what you have been doing."

Concerning The Empress (Card 3), Cook writes: "The Empress can help smooth or improve your communications and develop new or better connections."

The number Three is sacred to many spiritual paths. One of my favorite possessions is a pamphlet called Druidic Triads by W. Faraday (Sure Fire Press), organized by subject. For example, one entry under the heading "Of the Rewards of Virtue" reads: "Three things which the humble will gain: plenty, joy, and the love of their neighbours."

Here's a quote attributed to Benjamin Franklin: "There are three things extremely hard: steel, a diamond, and to know one's self."