Take a Number: One

My Keywords for One:
independence, beginnings, purposeful behavior

Tarot Cards:
Aces of all suits, The Magician

According to that 1970s song by Three Dog Night, "One is the loneliest number." I can testify that it does feel a bit lonely here at Tarot Notes, now that Helen, my blog partner of three years, has retired from Tarot blogging.

Fortunately, One is also the number of new beginnings and fresh starts, so for my first post as a solo Tarot blogger, I'm going to initiate a new series called Numerology and Tarot. I shall do it in a fiercely independent manner, while demonstrating impressive leadership skills. Read on.

In Astrology, the First House is the House of Self, Self-Image, and Self-Interest. It's all about ME. The first sign of the zodiac, Aries (a cardinal fire sign), is known for fierce independence, leadership, and taking initiative. Yeah, they can be bossy and arrogant, too.

Writing about the occult meaning of numbers, Paul Foster Case gives the following key words for One: "beginning, initiative, originality, unity, singleness, isolation, and the like." He also writes that "This is the consciousness of the true Self or I AM. . . the essence, substance, energy and consciousness expressed in all forms." (The Tarot: A Key to the Wisdom of the Ages. Macoy Publishing Company) 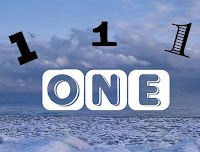 In Numerology, the number One is associated with leadership, the ability to stand alone, independence, and self-assurance, along with less desirable traits like egotism and impatience.

Aces are typically seen to represent new beginnings, and certainly the number One can be said to rule beginnings. However, when interpreting an Ace, we need to take into account other traits associated with that number, such as those listed above.

THE MAGICIAN (Trump 1): It is easy to see the astrological and numerological traits of the number One in this card. In decks based on the RWS tradition, The Magician stands alone with all elements at his command.

ACES: Aces combine the numerological meaning of the number One with the characteristics of their suit or elemental association. Using my keywords, we are looking at independence, beginnings, and/or purposeful behavior in the area represented by the specific suit or element.

For example, with the Ace of Cups or Chalices (Water), I begin by looking at independence, beginnings, and/or purposeful behavior in the area of emotions, the subconscious, and relationships.

Next time, we'll look at the number Two. According to the Three Dog Night song, it's "the loneliest number since the number One." Stay tuned.
on Monday, November 21, 2011