Listen to the Animals: Praying Mantis

SPECIAL OFFER: From now until January 15 I am offering an “Animal Guide for 2014” reading for just $5. You can purchase this reading on my web site, along with many other types of readings.
http://zannastarr.weebly.com/purchase-a-reading.html

I also offer several types of readings through my _Etsy shop_.
http://www.etsy.com/shop/zannastarr


For Listen to the Animals, I pull one card each week from a different animal-themed deck to represent an important message from that animal.

Today I am using Tarot of the Animal Lords by Angelo Giannini (Lo Scarabeo). My card is the Queen of Swords, portrayed in this deck by a PRAYING MANTIS.


Mantis is from the Greek word mantis, meaning "prophet, seer." It’s not difficult to see how the “praying” portion of praying mantis came about. Its prominent front legs are bent and held together at an angle that suggests the position of prayer. It would be equally appropriate to call it the “preying” mantis, as it is a formidable predator. The praying mantis eats not only moths, crickets, grasshoppers, flies, and other insects, but others of its own kind.

Occasionally, the adult female eats her mate just after—or even during—mating, but this seems to occur most commonly when the insects are being observed under laboratory conditions of bright lights and confinement. It seems ironic that this deck associates the praying mantis with the Queen of Swords, a card that is often thought to represent a widow. In the instruction booklet for Tarot of the Animal Lords, Bepi Vigna assigns to this card the keywords “widow, courage, melancholy, malice, desire for revenge.”

The praying mantis appears in the mythology of many cultures and is often credited with magical powers. In the oldest surviving Chinese dictionary (Erya), the mantis represents courage and fearlessness. The Bushmen of the Kalahari Desert of southwest Africa believe the praying mantis is a divine messenger and when one is seen, diviners try to determine the current message.

As with all of the Animal Lords cards, the depiction of the praying mantis is quirky and fanciful. A real one looks more like this: 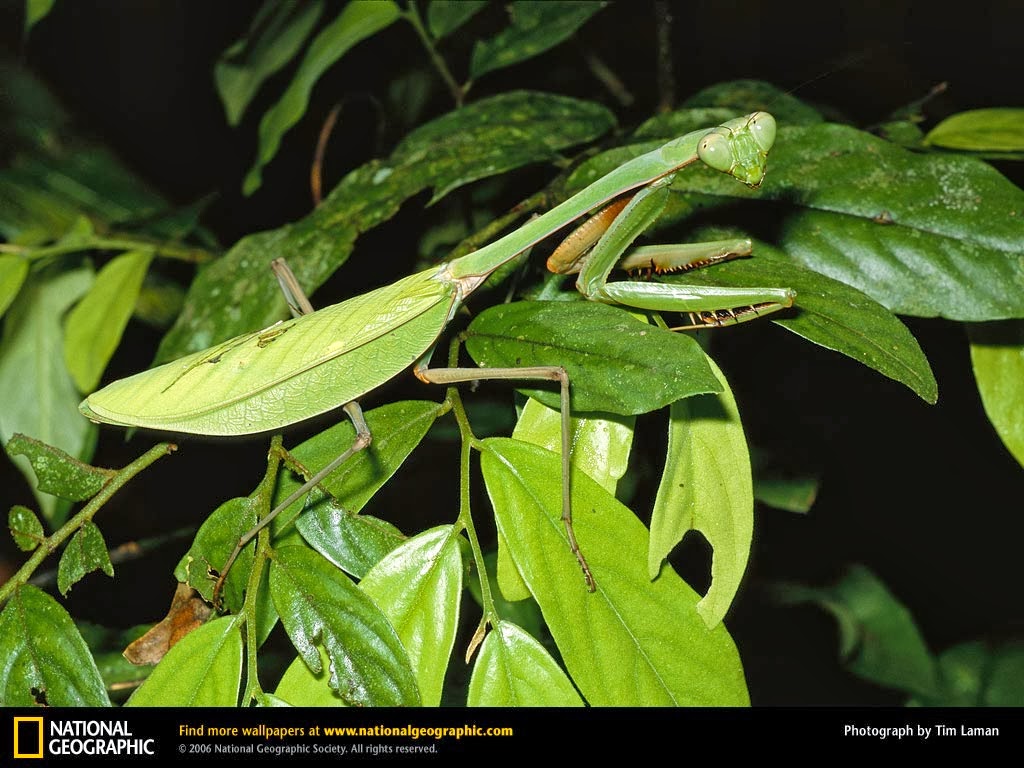