Sherlock Holmes Card of the Day - 2 of Swords

The Sherlock Holmes Card of the Day is: 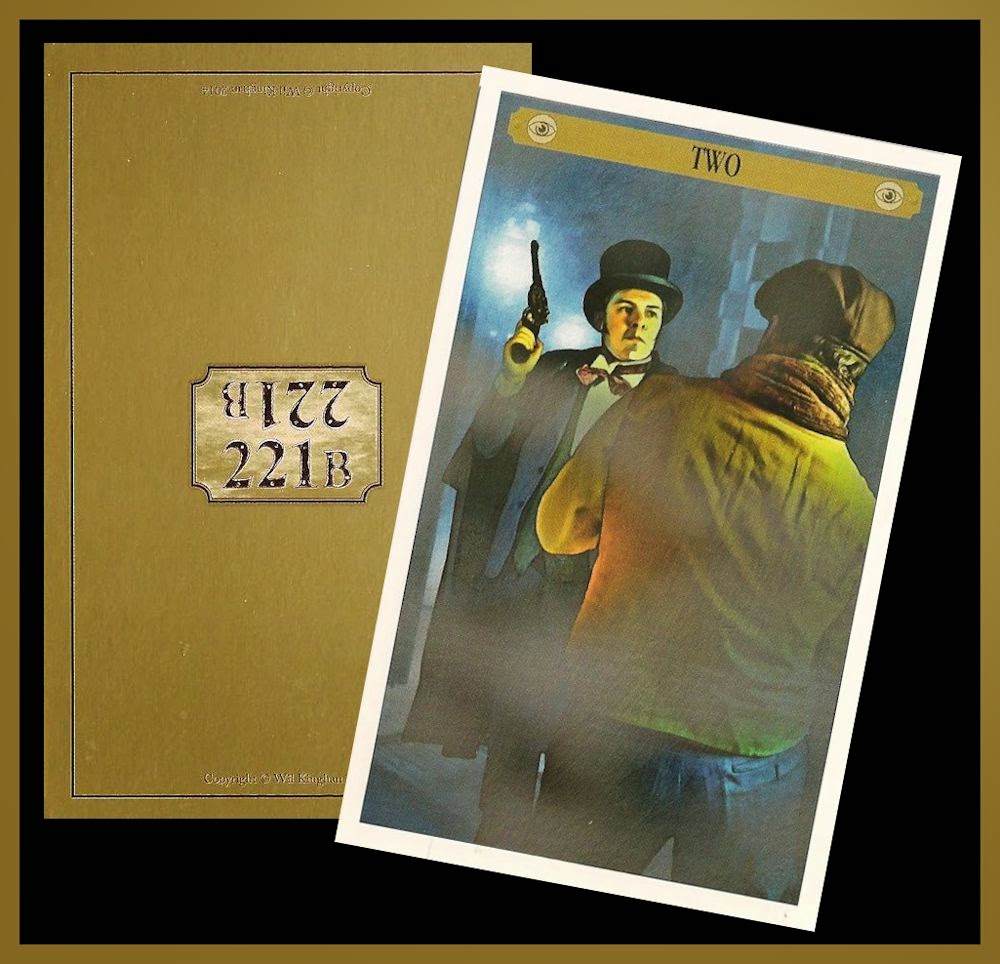 On the Two of Observation, we see Holmes paused in the act of making an arrest, waiting to hear the explanation offered to him by the villain. Sherlock Holmes always makes his own decisions concerning the outcome of a case, and there are times when hje even allows apparently guilty people to go free. We see this in the Holmesian Wisdom quote linked with this card: “I had rather play tricks with the law of England than with my own conscience.” (from _The Abbey Grange_)

When this card appears, we are advised to analyze a situation before taking action. The best choice may be amnesty, temporary peace, or compromise. Hesitation and indecision are not necessarily wrong or harmful. Reversed, the Two of Observation can indicate treachery, duplicity, betrayal, false friendship, or dishonour.