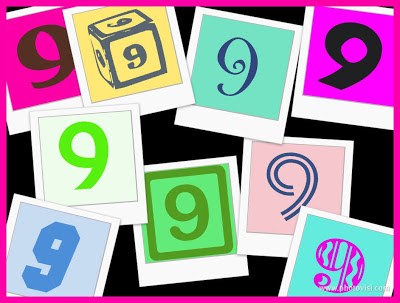 
Tarot Cards: The Hermit, Nines of all suits

Writing about the occult meaning of numbers, Paul Foster Case gives the following keywords for Nine: "completion, attainment, fulfilment, the goal of endeavor, the end of a cycle of activity. . . yet. . . completion is not absolute cessation. The end of one cycle is the beginning of another." Case adds that "In Qabalah, 9 is called Basis or Foundation, and corresponds to the mode of consciousness named Pure or Clear Intelligence, because the completion of any process is the pure, clear, unadulterated expression of the intention or idea which initiated that process." (The Tarot: A Key to the Wisdom of the Ages, Macoy Publishing Company)

Gary Meister, CTM offers the key phrase "End Of A Cycle Of Life" for the number Nine. He writes: "Numerologically, life is lived in a series of cycles consisting of nine levels. . . They are actually a series of cyclical spirals. When we complete one cycle, we are a little higher than we started -- usually. . . In a reading, Nine indicates the completion of a cycle in the area of life suggested by the Element involved. As an example, the Nine of Swords could indicate that one is completing a cycle of learning."

In his book Numerology: Key to the Tarot (Whitford Press), Sandor Konraad gives the Keywords "emotionally charged, humanitarian, universal" for the number Nine. He writes: "In the beginning the 1 entered the world stage as an individual concerned only with self and ego. The 9 has now grown in wisdom and is concerned with all of humanity." 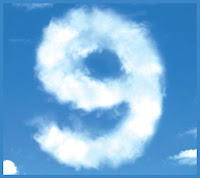 In Anna Burroughs Cook's Tarot Dynamics system, Subject Card 9 represents understanding. She notes: "Understanding refers to your willingness to expand your horizons. When you change the way you look at things, the things you look at change. . . Like the 9th House in Astrology and Card 9 the Hermit, the ninth subject card also tests or rewards your beliefs, values and understanding. . . They can assist you in tying up whatever loose ends could be impeding your progress as well as any you've been avoiding." (Tarot Dynamics Unleashed / Kima Global Publishers)

Konraad views The Hermit as: "The 'Wilderness Card' -- a time of searching or spiritual renewal. A person who is fearful and cautious." Reversed, the card can suggest "Rashness. Lack of control."

For Javane and Bunker, Key 9 is "a symbol of ageless wisdom, standing on the mountain of attainment. . . He has achieved mastery."


Anna Cook writes that the Personal Strength of Key Nine is Logic; the Personal Weakness is Irrationality. Her keywords for The Hermit are Karmic / Understanding.

My keywords for the Number Nine are basis for completion, endings, preparation (for new cycle), growth through experience, perfection, integration, and fruition.

I hope you enjoy these quotations I found that include the number Nine:

“There are nine requisites for contented living: HEALTH enough to make work a pleasure; WEALTH enough to support your needs; STRENGTH enough to battle with difficulties and forsake them; GRACE enough to confess your sins and overcome them; PATIENCE enough to toil until some good is accomplished; CHARITY enough to see some good in your neighbor; LOVE enough to move you to be useful and helpful to others; FAITH enough to make real the things of God; HOPE enough to remove all anxious fears concerning the future.” ~ Johann Wolfgang von Goethe (1749-1832), German Playwright, Poet, Novelist and Dramatist

“Except during the nine months before he draws his first breath no man manages his affairs as well as a tree does.” ~ George Bernard Shaw (1856-1950), Irish literary Critic, Playwright and Essayist; 1925 Nobel Prize for Literature