Wow, it’s been a VERY long time since I did this little exercise! Be forewarned: I am using a deck I just received in the mail – Mystical Cats Tarot by Lunaea Weatherstone, with art by Mickie Mueller (Llewellyn).

(Watch for my review of this deck here on the blog at a future date!)

For now, I am going to just jump right in and “throw” some cards. 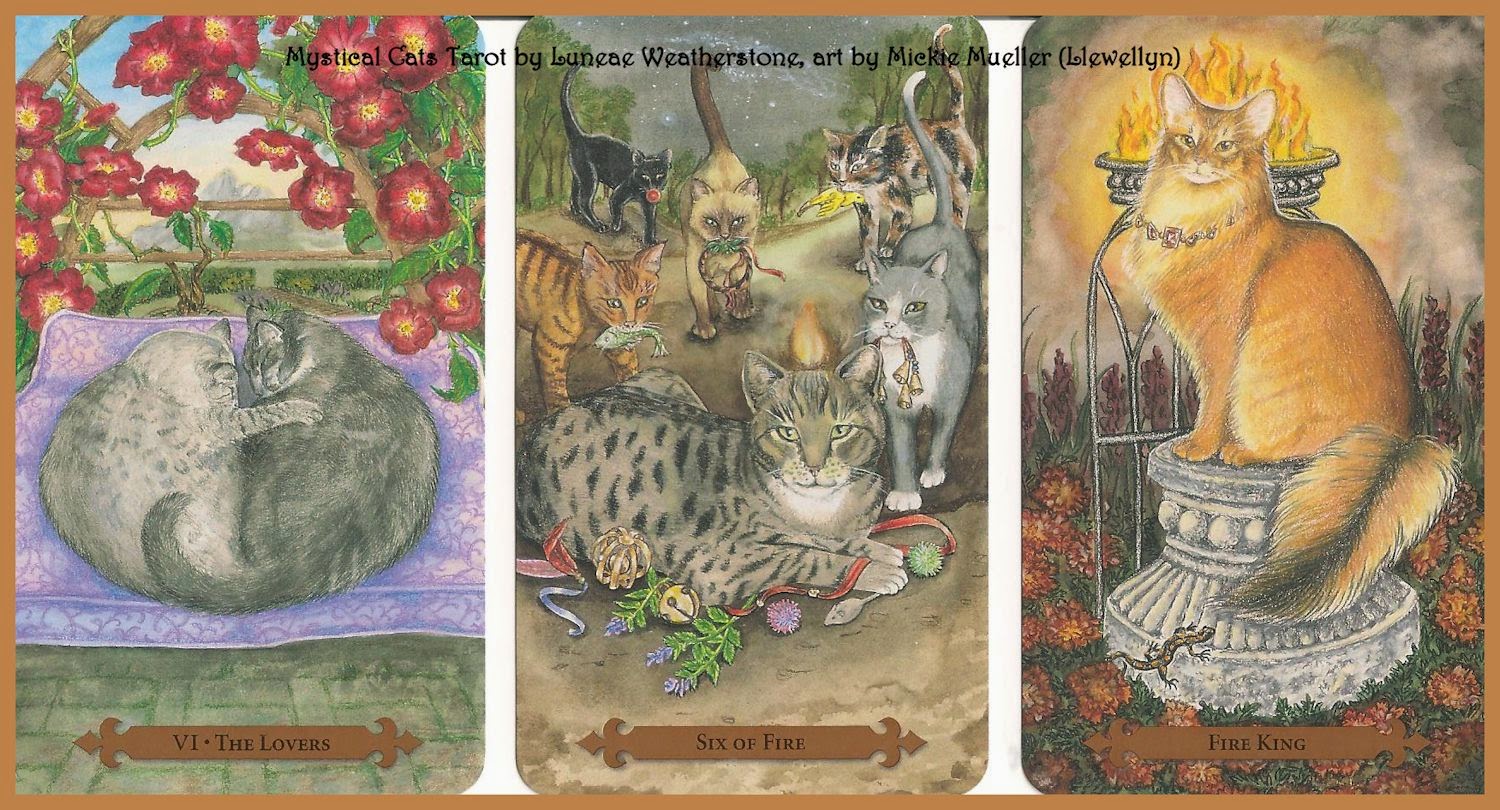 (1) Urgent. Deal with this right now.
THE LOVERS
Somehow I just knew this card (or something with a similar message) would show up here. Without going into a lot of personal detail, I will simply say that a significant relationship does need to be on the front burner right now, along with a significant choice or decision about how to continue within that relationship. In the book that accompanies this deck, Luneae Weatherstone writes, “small irritations may bring on a hiss now and then, but their love is bigger than any quarrel.” I hope so.

(2) Important but not urgent. Can be set aside for now, but don't forget.
SIX OF FIRE, rx
When this card is drawn reversed, it can refer to the danger of letting power go to my head or the possibility that others are against me due to jealousy or resentment. On this card, an alpha cat accepts tokens of admiration from other cats. As long as he truly deserves their respect and admiration, all will be well.

(3) Not important. Not urgent. Let it go. Forget it.
FIRE KING
Like the alpha cat on the Six of Fire, the Fire King is a powerful figure – confident, gallant, and courageous. I get the sense that in this position, the Fire King is telling me to let go of a desire for control, power, or leadership in relationships right now. This is not the time to go to the mat to prove that I’m the “top cat.” Sometimes strength is better shown by being willing to cooperate or compromise, by respecting others, and by letting somebody else “win” once in awhile.

A lot of truth in these three cards for me! Those two “boss cats” from the Fire family seem to point a finger straight at my Sagittarius Sun, warning me that ego and bluntness and combativeness are not among my more attractive qualities, and I would be wise to put a lid on that sort of thing for awhile.