An Interview with Rae Hepburn (by Zanna)

I was first introduced to Rae Hepburn's Tea Leaf Fortune Cards in 2000, when I purchased the set published by Journey Editions, an imprint of Periplus Editions (HK) Ltd. In the very first reading I did with the cards, my husband (who is totally not into this sort of thing) pointed to one of the cards I had drawn and said, "That's talking about me, right there." Needless to say, I was impressed!
In May 2010, I wrote a post about this deck here at Tarot Notes. I did a sample reading in that post and noted that the deck was out of print.
While looking for additional information on the deck and its creators, I came upon a customer discussion at Amazon.com. There, I learned from Rae Hepburn that a new edition of the Tea Leaf Fortune Cards would be published by U.S. Games this fall. To read my review of this new set, click HERE.
I am thrilled that the cards can now find a whole new audience, and delighted that Rae Hepburn agreed to be interviewed for Tarot Notes: Major and Minor. 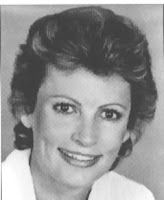