Sherlock Holmes Card of the Day - 9 of Observation

The Sherlock Holmes Card of the Day is:
NINE OF OBSERVATION 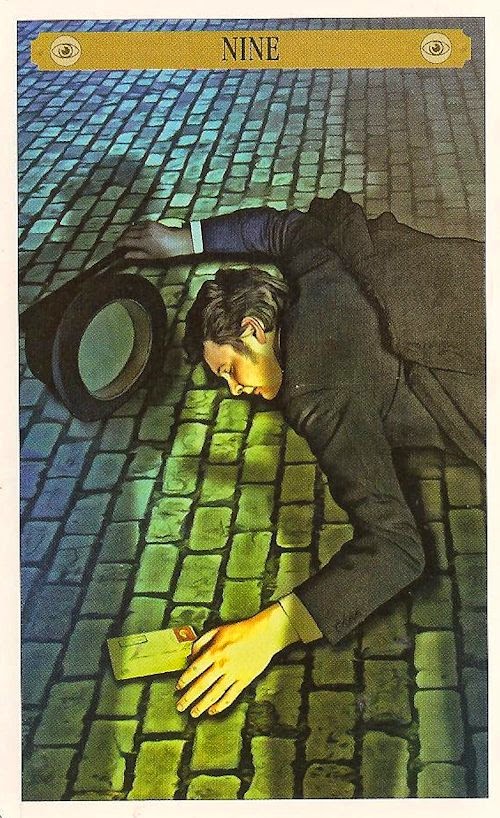 On the Nine of Observation, we see the body of the great Sherlock Holmes lying on the cobbles after being beaten almost to death by two “toughs” sent by the infamous Baron Gruner, a serial bigamist and murderer featured in The Illustrious Client. Watson is horrified to read in the newspaper that the detective is near death, but upon arriving at 221 Baker Street, he finds that Holmes has deliberately exaggerated his condition.

The Holmesian Wisdom for this card is “Now is the dramatic moment of fate” from The Hound of the Baskervilles.